Sailboats are a delight and joy to experience. But, part of that experience is dealing with “issues”.  At the moment Serena is not guest worthy (summer 2013). I’ve added this wall of text and pictures to help the tiller fabricator understand what is needed to manufacture a replacement. You’d think this would be a relatively simple process that might take two weeks at the most. Nope, it took almost a year (summer 2014!)

The rudder on my Charles Whitholtz designed Departure 35 has delammed again. This all started when I retrofitted a tiller extension and didn’t drill the hole completely through the rudder to allow any moisture to drain. This allowed a depression in the top of the tiller handle to always be filled with water. The moisture wicked throughout the laminations and eventually caused the laminations to separate. Over the years I would pull the tiller off the boat, dry it out, repair the separated laminations with West Epoxy System glues, and reinstall the tiller. Three or four years would pass and the tiller would again delaminate. Its delaminated for the fourth time. Its time for a new tiller. And ANY fittings will be bedded with something like 3M’s 5200.

Charles Whittholz Departure 35. Serena is built in steel and is the cutter version.

Here are a variety of views of Serena’s tiller over the years:

Here are some pics of the original tiller and its new replacement: 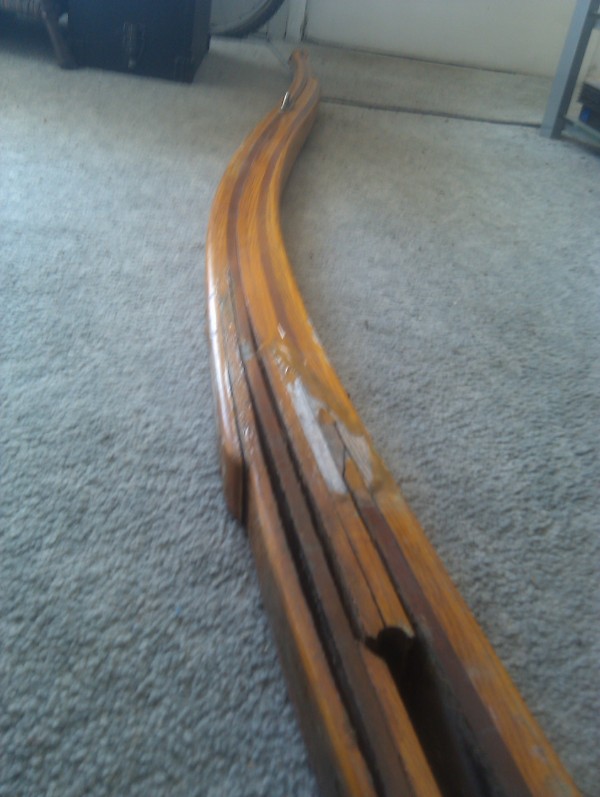 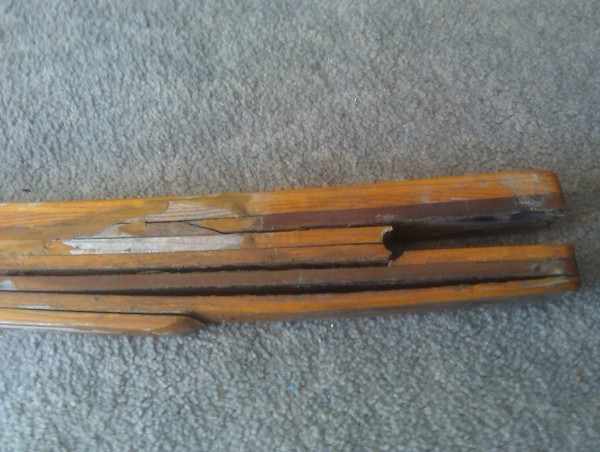 I made measurements and drawings and sent them off to the tiller fabricator to duplicate the unit. He is in the process of fabricating the new tiller as we speak.

Time has passed and the tiller fabricator did a piss poor job of it.  Its too short by 5 inches and the thickness at the butt end was completely wrong and the rest of the tiller is likely too thin.  I’ve cut the butt end down so it fits in the head of the rudder and have revarnished it several times.  I’m worried that the rest of the tiller is too thin to mount my tiller extension fitting and the self steering shackles without compromising the strength of the tiller handle itself.  I’ve spent almost a $1000 between fabrication and freight for a tiller that is very likely to break.  I’m less than pleased.  But, the tiller is now installed.

I’ll likely fabricate a new tiller myself or have it done locally where I can give the fabricator the old delaminated tiller as an example.

This entry was posted in Uncategorized. Bookmark the permalink.