Posted on August 26, 2015 by admin
FAA airspace restrictions due to President’s visit extend to recreational users 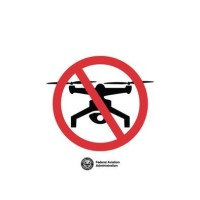 Wednesday, Aug. 26, 2015, Palmer, Alaska – With the upcoming aviation restrictions related to President Obama’s visit to Alaska, Rep. Shelley Hughes wants the thousands of Alaskans who are recreational drone owners to know that small unmanned aircraft systems (UAS) are not permitted in general to be flown within 5 miles of airports, over crowds or near heavily traveled roadways. “These guidelines are in place every day of the year, and, yes they’ve been extended a bit during the president’s trip, but based on where JBER’s airstrip is, and where Merrill Field and the Anchorage International Airport are, we shouldn’t be flying our model aircraft or drones in downtown Anchorage anyway,” Hughes, R-Palmer, said.

The Federal Aviation Administration is serious about this too, and has prohibited UAS flights within areas classified as National Defense Airspace from Aug. 31 through Sept. 2 as part of the Temporary Flight Restriction. FAA’s Flight Advisory includes a Notice to Airmen (NOTAM) that the airspace within a 30 nautical mile ring (about 35 miles) of the VIP as well as an inner core within that ring, from the ground up to 10 nautical miles (about 11.5 miles), will be considered National Defense Airspace.

“So if you’re thinking of catching a birds eye view of the VIP and dignitaries in downtown Anchorage or elsewhere using your hobby drone, don’t,” Hughes said, emphasizing also that “elsewhere” includes Seward, Dillingham and Kotzebue next week. Lack of adherence to the procedures come with consequences: from penalties, to criminal charges, to use of force.

“I’ve been very proud of the vast number of responsible hobbyists in Alaska thus far,” Hughes said. “We didn’t have a problem during the recent wildfire season like other states had, with drones interfering with firefighting flight missions. Let’s keep up our good track record.” Hughes pointed out the importance of Alaskans educating one another on appropriate, safe operations of small UAS. “It’s especially important that parents make sure their children and teenagers understand and follow the rules, as young people are frequent users of drone technology,” Hughes said.

Although the current discussion is about the prohibited use of drones within the National Defense Airspace next week, Hughes encourages drone operators also to understand the importance of appropriate use when it comes to respecting Alaskans’ right to privacy. Alaska has statutes on the books pertaining to harassment and stalking that would apply to invasion of privacy. The UAS Legislative Task Force is currently working on a privacy guideline booklet to help educate the public. The booklet will be available later next month.

Rep. Hughes asks that we extend a little Alaskan hospitality next week by keeping unmanned aircraft on the ground if they’re in the vicinity of Air Force One.

Other Relevant Information Which May be of Interest to Media:

The UAS Legislative Task Force will also hold its fall meeting during the Alaska UAS Interest Group Conference, from 1-5PM on Thursday, September 3 at the Fairbanks Westmark Hotel. The agenda includes the UAS Operator Guidelines on Privacy, a safety presentation by Josh Waite, and public comment. You can visit www.alaskadrones.org for safety and other guidelines for flying drones in Alaska.

This entry was posted in Drone News. Bookmark the permalink.